Suspense on the outback 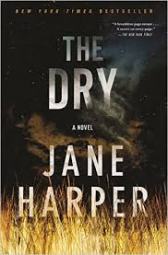 The Dry, Jane Harper’s first novel, “is so tightly woven and compelling  that it seems the work of a novelist in her prime” (NY Times).   Luke Hader and his family are found shot to death on their farm in the Australian outback. The locals assume it was a murder-suicide.  Luke’s father, however, is not convinced and asks Aaron Falk, Luke’s best friend and now a police officer in Melbourne, to investigate.  But Aaron faces hostility from the townspeople who remember that 20 years ago he had been a suspect in the drowning death of a young girl; what saved him from being charged were the alibis Luke and Aaron had given each other—alibis that some residents know were lies.