2 Heroines and a femme fatale

Posted on May 31, 2018 by Nichols Memorial Library 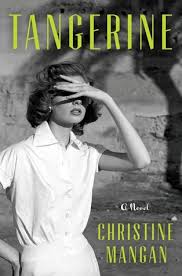 “Love and Ruin” by Paula McLain, depicts Ernest Hemingway’s stormy marriage to Martha Gellhorn, a  fiercely independent, ambitious woman who would become one of the greatest war correspondents of the twentieth century.   In “The Home for Unwanted Girls” by Joanna Goodman (The Finishing School), Maggie Hughes, the daughter of an English gentleman and an impoverished French woman, is brought up English. That is, until a brief romance with a French-speaking boy end in pregnancy.   ”Goodman writes with passion about a dark episode in Quebec’s recent past” (Publishers Weekly).  In “Tangerine” by Christine Mangan, Alice Shipley is an quiet American woman living an isolated existence in Tangier, alienated both from her husband and the local culture.  So she is relieved when her college friend Lucy arrives.  Lucy quickly dives into the local scene, dragging a reluctant Alice along. Then Alice’s husband disappears.