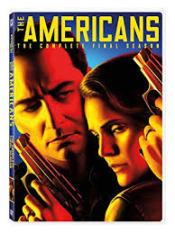 Cheeky—and tense” might describe the sixth season of “The Americans”, the story of two Russian undercover spies posing as citizens.   The time is 1987, and the USSR is splitting into rival factions, one  supporting Gorbachev, who favors peace with the West, and one which looks to overthrow  him. The Jennings, our undercover couple, are similarly divided, with one of them working  to foil Gorbachev’s summit with Reagan.  “The Americans is a rare show that’s both thrilling and also deeply perceptive about the inner lives” of its characters (Quartz).