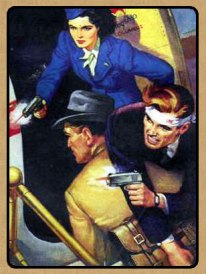 In “The American Agent” by Jacqueline Winspear, Masie Dobbs is asked by the crown to investigate the death of an American journalist.  Britain is anxious to avoid any scandal which might impeded American support for the war effort. In “Run Away” by Harlan Coben, parents search for a runaway daughter who has been caught up with bad company and dangerous drugs. In ‘Blood Oath” by Linda Fairstein, the hallowed halls of academe become the scene for mayhem.  Stuart Woods, Iris Johanson and James Patterson also have new thrillers out.