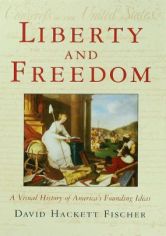 Your historical nugget of the day, but one not without meaning. Juneteenth* commemorates the final abolition of  chattel slavery in the United States. Although President Lincoln had issued the Emancipation Proclamation in 1862, slavery remained in effect in areas under secessionist control until the end of the war.  Texas became the last state to comply when union General Gordon Granger entered Galveston and on June 19th, 1862, issued general Order No. 3, declaring slavery at an end.  Juneteenth soon became a day of celebration. Freed people pooled  funds to purchase land specifically for their celebrations,  notably Houston‘s Emancipation Park  and Emancipation Park in Austin.   Texas made the event a state holiday in 1980; by 2013, 43 U.S. states and the District of Columbia recognized Juneteenth as a special day of observance.  Says David Hackett Fisher in “Liberty and Freedom“,  Juneteenth  is “a celebration not of liberty as independence but as the right of belonging.”