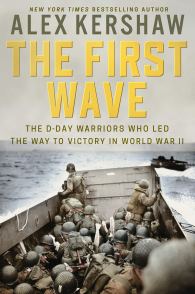 This month marked the 75th anniversary of the allied landings in France that began the liberation of Western Europe from Nazi tyranny.  Nichols Library has the story of their deeds and sacrifice. “Sand and Steel” by Peter Caddick-Adams presents a comprehensive account, from the planning to the breakout eight long weeks later; D-Day by Stephen Ambrose  chronicles the decision to go and the battle for the beachhead.  “The First Wave” by Alex Kershaw places you on the beaches while his “Bedford Boys” recounts the cost suffered by one community.  “Steel Wave” by Jeff Shaara is a fictional account of the “longest day”.